Since I've been drinking way too much caffeine, I've put some extra awake time into collating all my little JavaScript dashboard hacks into a unified resource. It's not an app in the traditional sense, but nifty tools nevertheless. I called it ShopifyFD - being the obvious combo of "Shopify" and "Freak Design". Rubbish name really, but we are all stuck with it now!

Important: The Shopify Admin is going through changes that alter the HTML and underlying JavaScript frameworks used. ShopifyFD will stop functioning on some pages (and eventually on all pages). Unlike previous Admin updates the we'll see this current iteration fail on all pages. A new version - already being worked on - be released in good time. In the meantime, remember that the Admin does expose metafields in the Bulk Editor.

The tool is super useful as it brings features like metafield editing directly into the interface. It's currently available in four flavors: 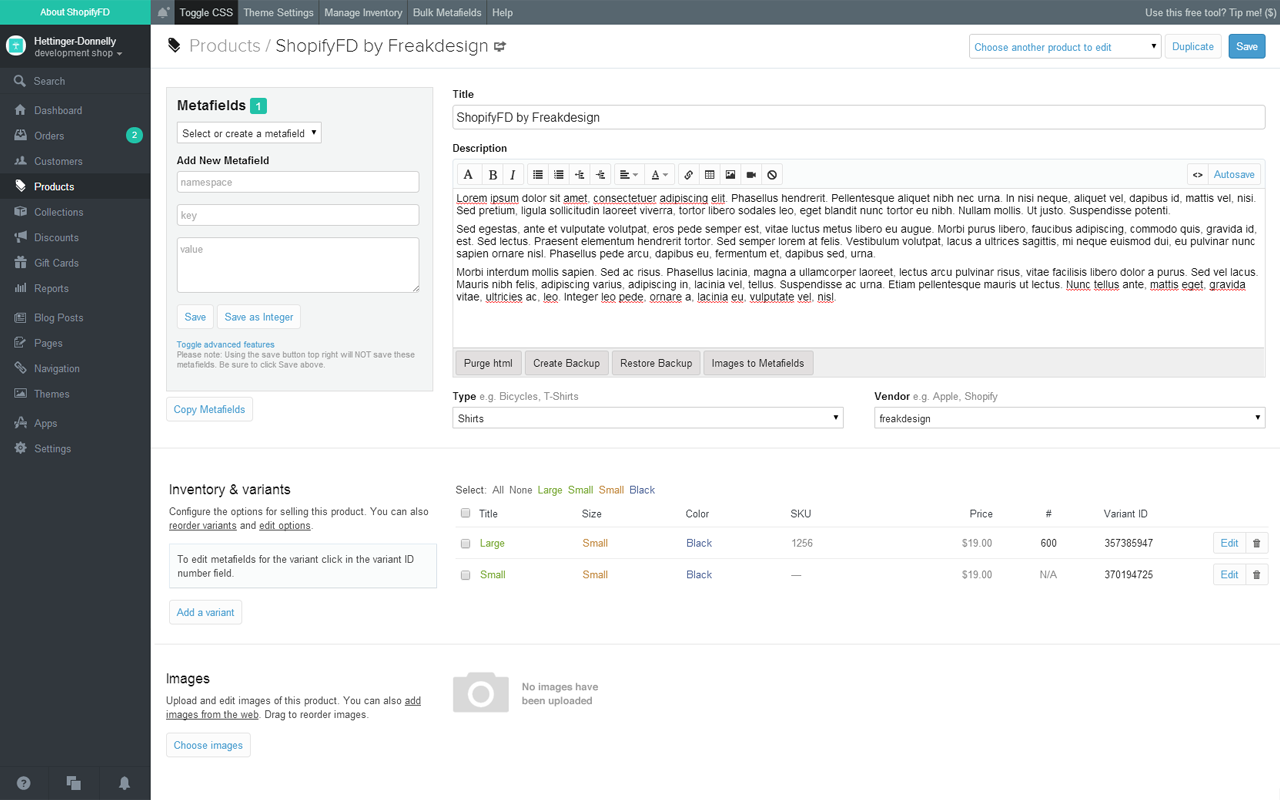 The current version now has over 6000 active users and will remain a continued work in progress. For a running commentary on the features and updates be sure to follow this thread on the Shopify forums. You may want to follow the public development on GitHub (which is also the place to leave bug reports), or follow me on twitter.

I know that these sort of things are not always a one size fit all kind of thing. If you're needing something very specific that will make your life easier just let me know what you're chasing. If it can be done, we'll make up a unique version of ShopifyFD just for you!

Trouble getting the bookmarklet to run?

Try the version hosted on the Shopify CDN. It may not be as up to date, but there's a greater chance that it won't be blocked in the admin.

ShopifyFD is "honor-ware", which means that we trust each other to be nice. As the developer of it, I'm committed to keep the tool something that's actually useful. By releasing new features and correcting possible bugs on a constant basis I can do just that, but I need your support. If you use it and intend to keep it, please sponsor its development by making a small contribution.

To install, either add the extension to your browser using the link below, or drag the shopifyFD bookmarklet to your bookmark bar.